There isn’t much that Atiba Hutchinson hasn's seen over the 20 years and seven clubs that make up his soccer career.

Having played over 800 games for club and country since becoming a professional back in 2002 – including a record 98 caps for Canada – the man known affectionately as 'The Octopus' in Turkey has proven himself a dominant midfielder and one of Canada's most elite talents.

At his current club Beşiktaş, where he has spent the past nine years, Hutchinson is revered as a player whose talent and class have made him well-liked even across rival lines. Yet, for all of the great moments Hutchinson has enjoyed, one has eluded him - the FIFA World Cup.

Despite giving blood, sweat and tears to the Canadian Men's national team over four previous World Cup Qualifying cycles, Hutchinson hadn't managed to make it to the promised land that was the World Cup for most of his career ... until now. On November 23rd, he's expected to lead Canada onto the field against Belgium to open their 2022 FIFA World Cup campaign exactly 19 years and 10 months after he made his debut for his country back in January of 2003.

When the whistle blows, he'll become the 10th oldest player to ever appear in this tournament, and the second-oldest outfield player all-time, a wild turnaround from his near-retirement from the national team a couple of years back. Two appearances into the tournament will make Hutchinson the first Canadian centurion too, so ahead of his latest milestone, here are the top 5 moments from Hutchinson's career (so far). 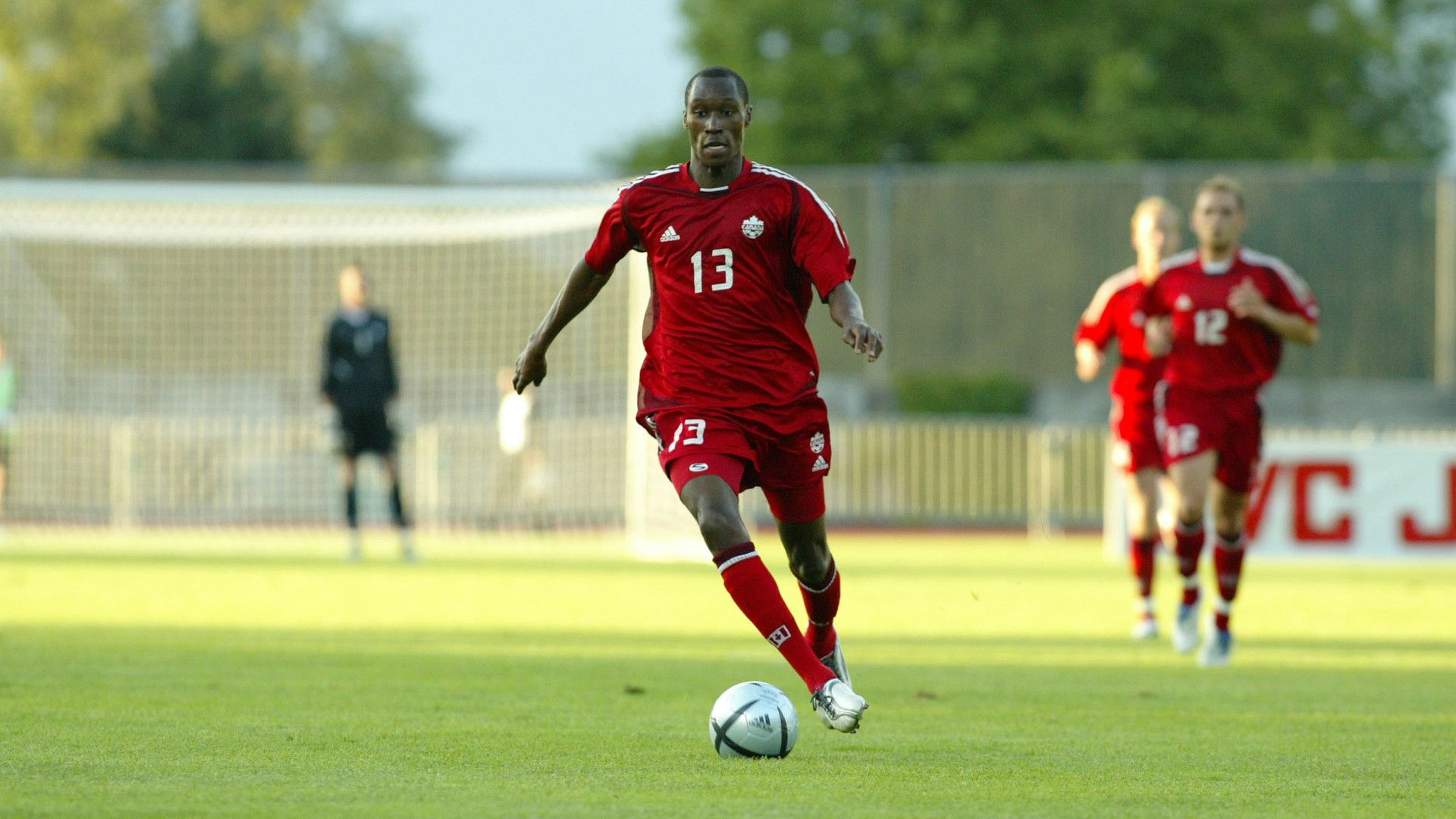 After making his Canadian debut as a 19-year-old in 2003, Hutchinson battled hard to stay in the Canadian ranks – no easy feat, as Canada still boasted veterans from their 2000 Gold Cup-winning squad as competition

Despite making back-to-back appearances against the United States and Libya to begin his Canada career, Hutchinson would only see the field three times over the next 10 Canadian games, left to battle for his spot.

Yet, he managed to claw his way back in right at the perfect time – the beginning of 2006 FIFA World Cup Qualifying cycle, kicking off in the Fall of 2004. Hutchinson began to play regularly and soon rewarded Canada with a goal in a big game: Honduras, away from home.

Able to coolly slot home from inside the box to give his team a crucial 1-0 lead in the 73rd minute, it marked an important first lesson that would become clear over the rest of his Canadian career: Atiba Hutchinson is always one for the big moments.

Wrapping up Copenhagen stay in style 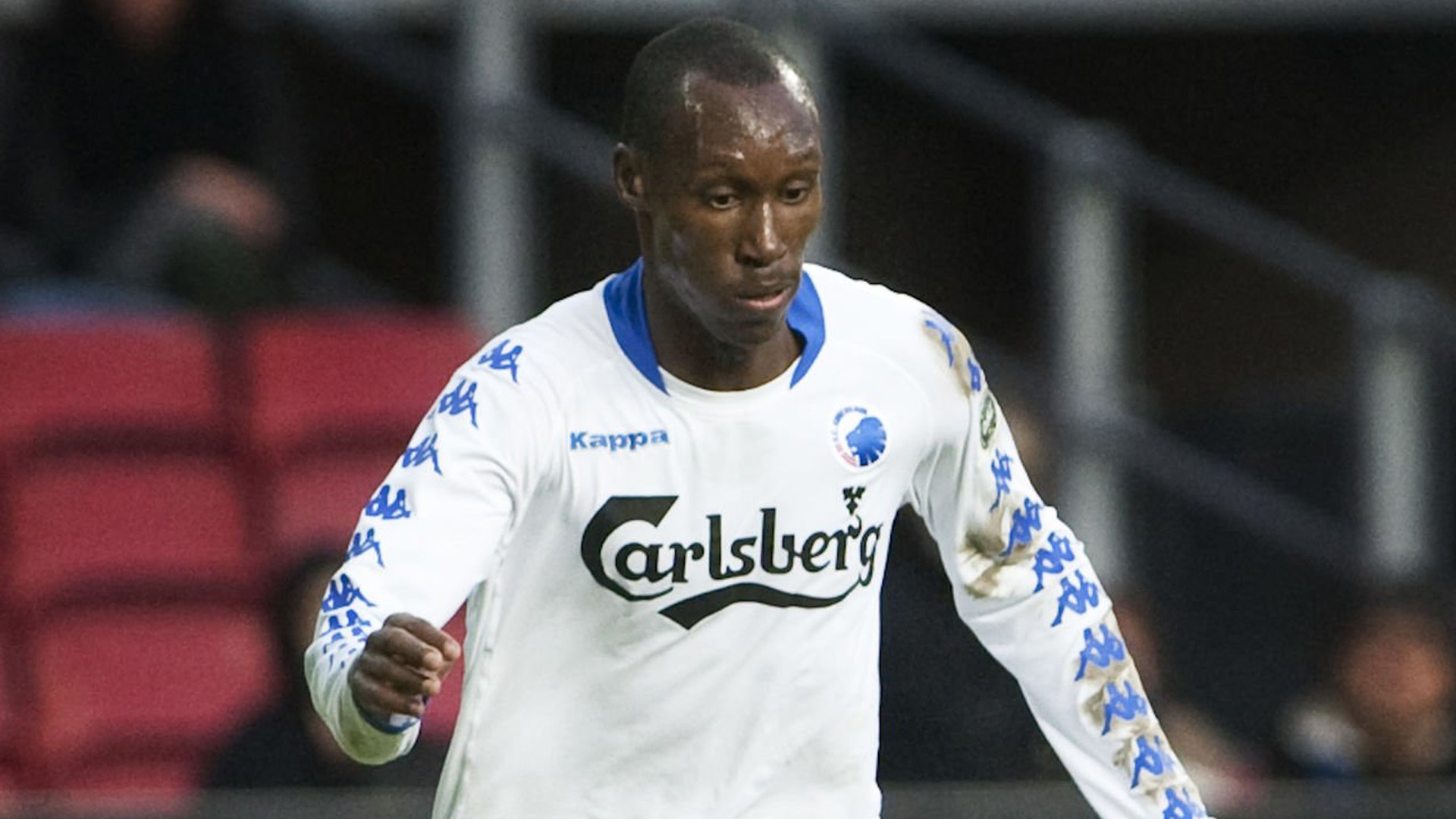 While the 2006 and 2010 World Cup Qualifying cycles wouldn't end well for Canada, Hutchinson still caught international attention, carving out a name for himself at the club level in Denmark with FC Copenhagen.

After doing well with stints in Sweden with clubs Öster and Helsingborg, Hutchinson joined the Danish giants in 2006, where he immediately began to shine in the heart of the Copenhagen midfield.

As a result, Hutchinson would really break out as a player over in Denmark, as Copenhagen won four Superliga titles in his five seasons with the club. There, Hutchinson became a two-way force in their midfield. Always known for his defensive skills in Sweden, he developed a deft touch in the attack with Copenhagen, even racking up seasons of nine and eight goals (all competitions) in 2007-08 and 2008-09.

But in his final act in the 2009-10 season, the then-26-year-old had his best season yet, as he helped Copenhagen win the league title while playing 30 of 33 league games, scoring three goals and adding four assists – and won the Danish Superliga player of the year award for his efforts.

All of a sudden, Hutchinson's name was known all over Europe, as teams were keeping a much closer eye on the Canadian midfielder who was dominating the middle of the park each and every game for Copenhagen. You can imagine a few scouts pondering how, exactly, a Canadian footballer could be making waves in this space at all, such was Canada's global reputation at the time.

Inevitably, someone bit, and Hutchinson was off to Dutch outfit PSV Eindhoven. 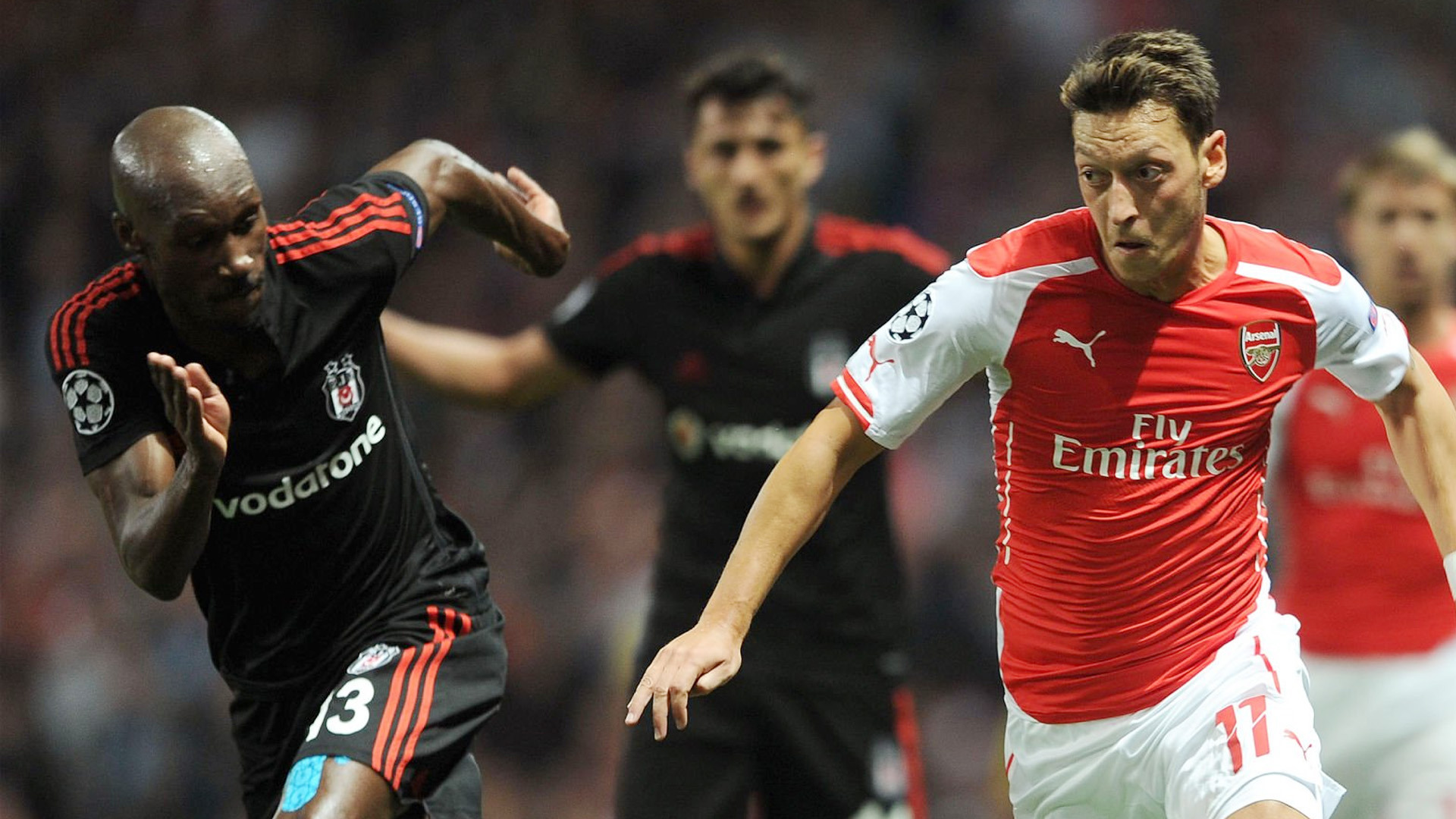 While Hutchinson settled in to life in the Eredivisie, Canada would go on to crash out of the 2014 World Cup Qualifying cycle, despite entering the final day of the third round needing just a point to get to the final round ... when they then famously lost 8-1 to Honduras away.

Along with declining performances at the Gold Cup, Canada entered its dark ages just as Hutchinson entered his golden years. Three solid seasons in the Netherlands eventually saw Hutchinson move to an even bigger outfit, as Turkish club Beşiktaş swooped in for his signature in 2013 ... when Hutchinson had just turned 30.

In Turkey, Hutchinson inexplicably continued to improve, quickly becoming a key part of the Beşiktaş midfield. He played 30 league games in his first season as Beşiktaş finished third, getting them back into UEFA Champions League qualifying after playing in the Europa League.

In those qualifiers, Hutchinson had a game to remember, as Beşiktaş faced off against English giants Arsenal in the second leg of their playoff, with an eye on making it to the group stage. Having missed the 0-0 first leg at home, Hutchinson slotted back in midfield for the second leg at Arsenal's Emirates Stadium.

History will remember a 1-0 loss for Beşiktaş, but Hutchinson himself was excellent, earning praise from famed Arsenal manager Arsène Wenger, who noted that Hutchinson was the best Beşiktaş player on the pitch.

Yet, that'd be the start of some excellent Champions League performances with Beşiktaş for Hutchinson.

Hutchinson's Champions League performances would only improve after that, as he helped Beşiktaş to historic wins and new highs in the competition, paving the road for more Canadians like Alphonso Davies, Stephen Eustaquio and Tajon Buchanan in the competition. 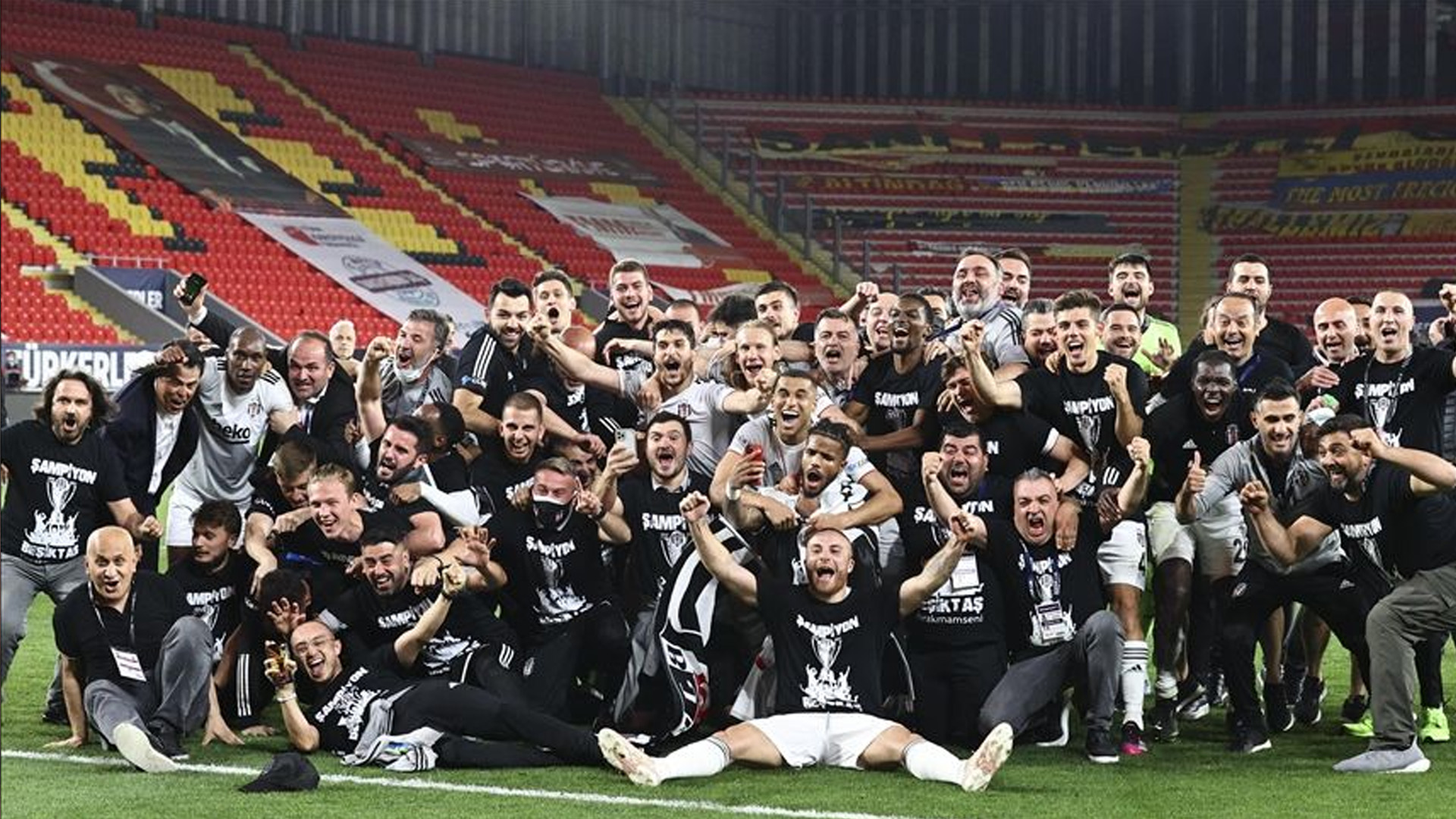 While Beşiktaş chased continental glory, they were also looking to assert themselves in a competitive Turkish Süper Lig circuit. They’d certainly do that at the peak of their Champions League exploits, as they won back-to-back Süper Lig titles in 2015-16 and 2016-17, their third and fourth titles of this millennium.

Beşiktaş would become the team to beat in Turkey, making some wonder how many titles in a row they'd be able to rattle off.

Eventually, however, the team hit a wall. Over the next three seasons, Beşiktaş finished fourth, then third twice. A mid-30s Hutchinson was performing excellently, notching 12 goals and recording 10 assists from deep in midfield across those three years. Still, the lack of silverware was starting to become a worry for him and the club.

But those fortunes changed in 2020-21. Hutchinson spearheaded Beşiktaş to a title return on the back of a career year from their now-captain, who at 37, scored four goals and added 11 assists for a career-high 15 goal contributions. Alongside fellow Canadian Cyle Larin with 23 goals, Beşiktaş snapped their drought in (Canadian-inspired!) style.

With Kasimpasa down to 10 men, Besiktas take advantage and gain a two-goal lead now thanks to a goal from Atiba Hutchinson.#BJKvKAS LIVE NOW ⬇️
📺 beIN SPORTS
💻📱CONNECT https://t.co/LRYa03w6yI pic.twitter.com/2EYFQAE50s

While he was off dominating in Turkey, Hutchinson was also working to resurrect his Canadian national team career in time for the 2022 FIFA World Cup Qualifiers. These last few years have seen Hutchinson travel across Turkey, across Europe, and across the world at a time when most his age had long stopped contributing to their club's fortunes, or long retired from international play, or long stopped playing at all.

Carrying Canada on his back – literally 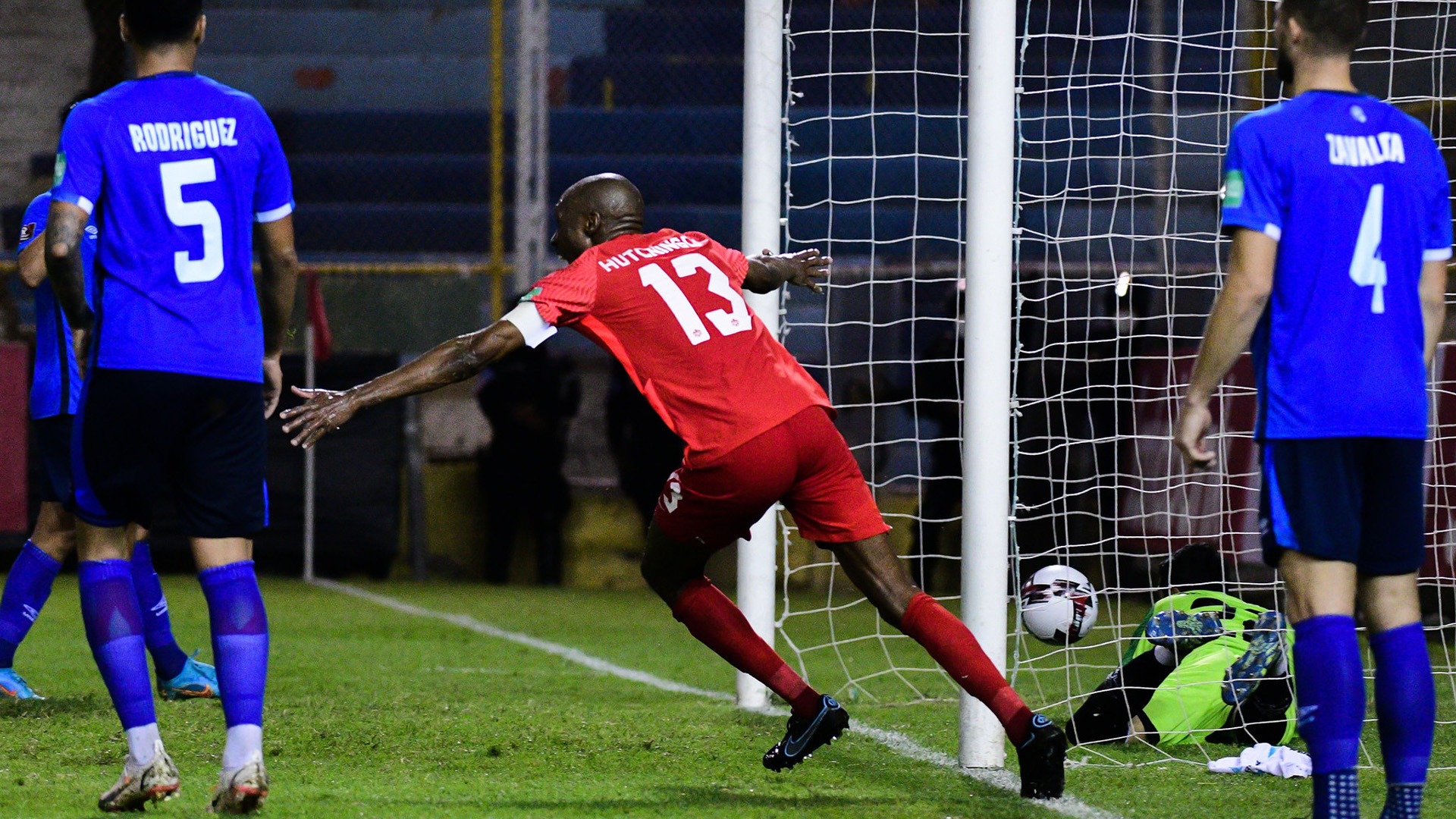 Let's get to Hutchinson's crowning Canadian achievement, shall we?

In what would be his fifth World Cup Qualifying cycle, Hutchinson finally helped Canada cross the finish line and qualify for Qatar 2022 in a historic campaign that will culminate with a return to the competition for the first time in 36 years.

Having been recruited into the fold by John Herdman after many – Hutchinson included – believed his time with Canada to be over, the Octopus of Beşiktaş led a team of Canada's youngest, brightest talents (ever!) through the trials of Concacaf, playing six of Canada's first nine matches, including in wins against El Salvador, Costa Rica, Mexico and Honduras.

It was against El Salvador in the 11th match of the qualifying campaign where Hutchinson's leadership was most evident.

Fresh off a 2-0 home win against the United States a few days prior, Hutchinson slotted into the lineup, and scored a biza– honestly, it's better to just watch it. Check it out, below.

Is this real life? 🎮#CanMNT vet Atiba Hutchinson scores a 'FIFA 22 glitch'-like goal to give his team a 1-0 lead over El Salvador ⚽ pic.twitter.com/vazWpn0yen

It was a goal that would stand up as the game-winner, getting Canada to 25 points for the final round – a number that ended up guaranteeing Canada would at least finish in the top 4 of the final round, so pretty much the goal that sent Canada to the World Cup, even if it didn't officially seal it at the time.

Sure, it might not be Hutchinson's best goal, but it was a fitting one for a player who has put Canada on his back for so many years, pun certainly intended. Now, the world presents a stage that Hutchinson can finally grace 98 caps after his debut, allowing him to reach the centurion mark as an international on the biggest days of football lore.

It doesn't get more fitting than that for a Canadian legend who has more than earned this moment.