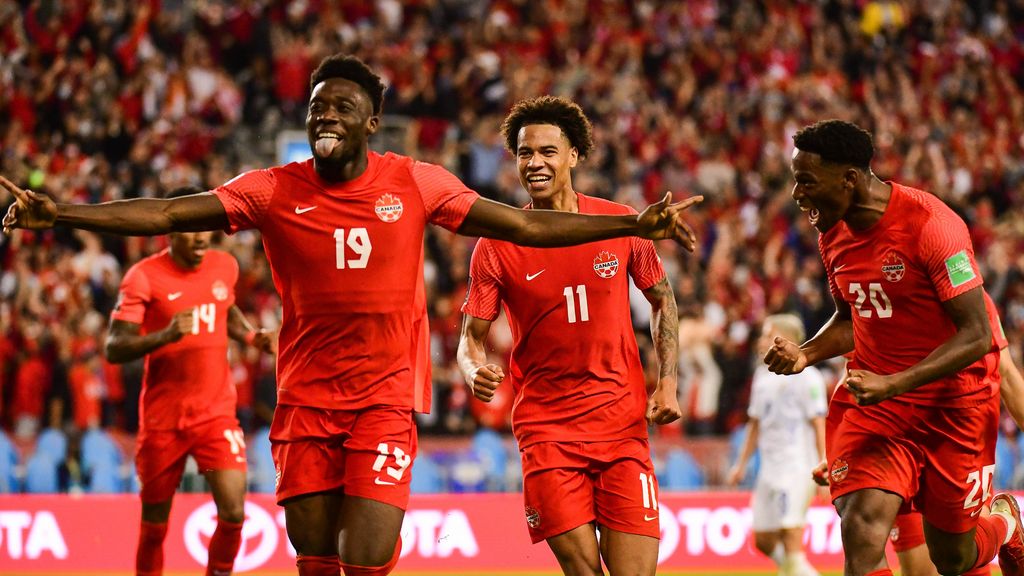 It's the final countdown, Canada!

With the FIFA World Cup rapidly approaching, preparations are officially underway for the Canadian men's national team, who are now single-digit days away from taking on Belgium to formally kick off their first participation in the tournament in 36 years.

Having announced a final 26-player roster for Qatar 2022, we now know who will see the field for Canada during this World Cup, and with some real star power in our Canadian squad, head coach John Herdman's team will look to surprise.

So, before it all gets started against Belgium on Nov. 23, here's a look at our top five best players at the FIFA World Cup. 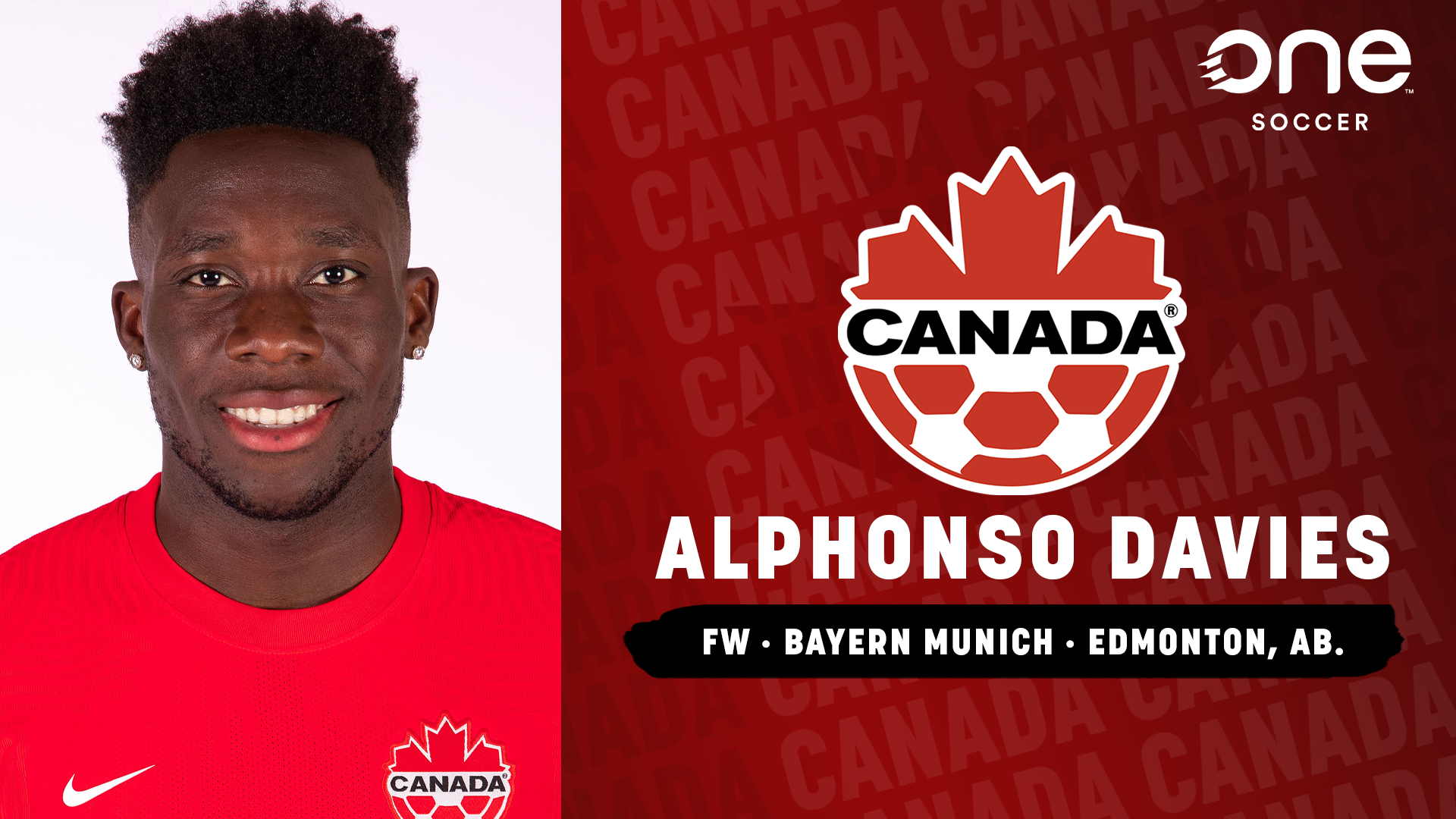 Any conversation with this Canadian team understandably starts and ends with Canada's biggest star, Alphonso Davies.

Already in his fifth season with German club team FC Bayern Munich – who he joined back at the beginning of 2019 – there isn't much that Davies hasn't accomplished. He's won the German league title four times, as well as the most prestigious prize in Europe – the UEFA Champions League, a tournament of all the top clubs across Europe, including Real Madrid, Manchester City, and Paris Saint-Germain.

Despite his immediate successes, Davies has continued to improve each and every season he's played in Germany, growing from a shy 18-year-old back in 2019, to a confident yet ever-humble 22-year-old. In that time, Davies has become one of the best left-sided defenders in the world, but for Canada, he plays as an attacker, much higher up the field.

THE GREATEST LEFT BACK.

Known for his stunning speed, Davies covers all sorts of ground for Bayern, so look out for his incredible pace and work-rate for Canada, too. Davies is usually involved in Canada's attacking plays, while providing all sorts of cover defensively for when his team loses the ball.

There's definitely a step up in opposition for Canada at the World Cup, so Davies is going to need to be at his all-time best to give us a chance of winning against Belgium, Croatia and Morocco in the first round of the tournament. The good news is that Davies has typically done exactly that for Canada. He has 12 goals in 34 games, and has also assisted 17 goals for his teammates, too.

Alphonso Davies is an important and creative threat for Canada – and a genuine star off the field. Check him out on TikTok! 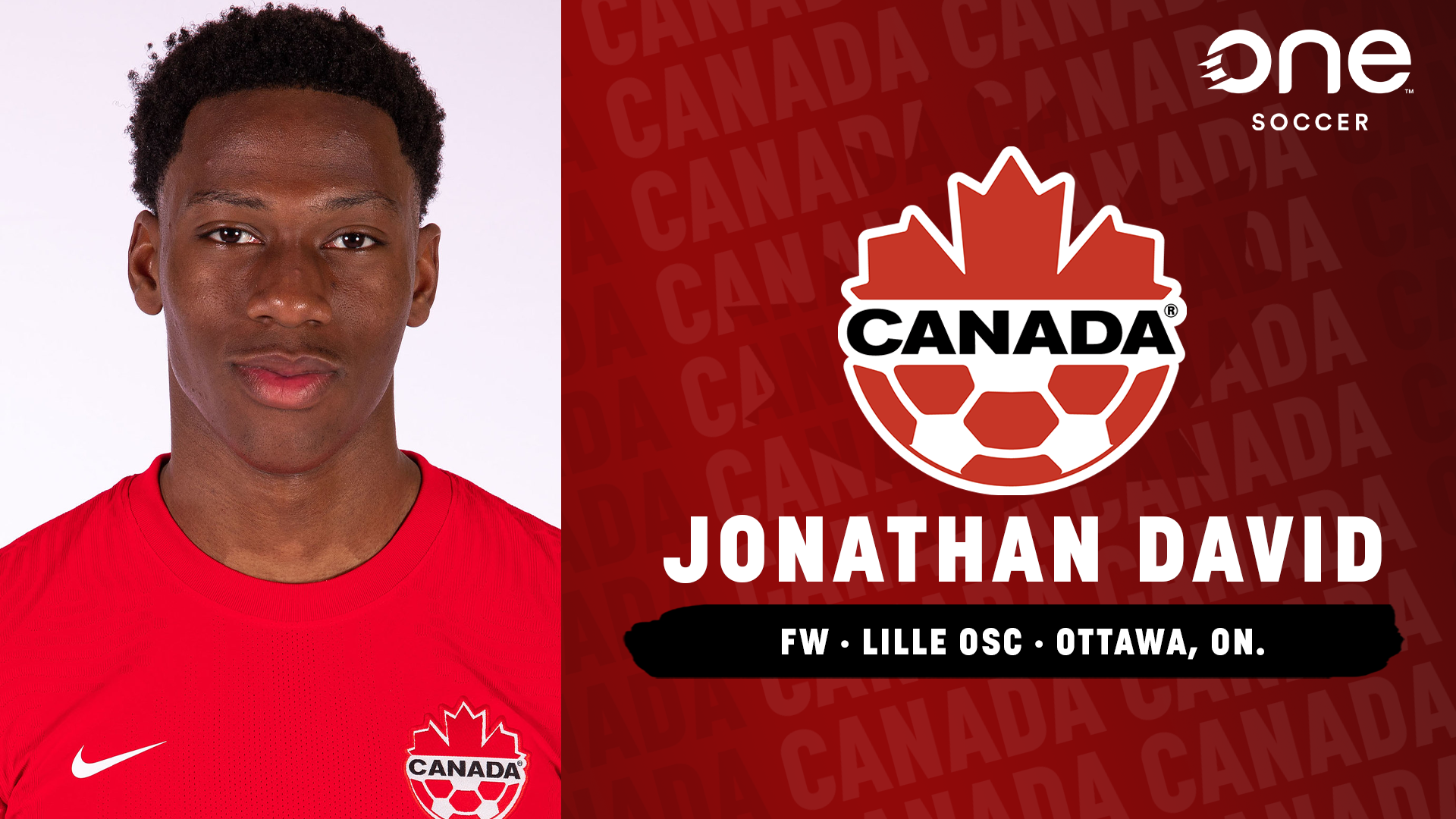 While Alphonso Davies has become Canada's global star, don’t sleep on the impact that Jonathan David can have, either.

Also 22 years old, David might not be the household name that Davies is, but that could soon change, as he's quietly become one of the most dangerous forwards in the world over these past few seasons, scoring in bunches for his French club team, Lille OSC.

Having first burst onto the scene with Belgian club KAA Gent back in 2018, Jonathan David found another level in France, as he helped Lille win a French league title in his first year. He has otherwise proven to be a consistent double-digit goal threat each season, scoring 13 goals in his first campaign in France, before nabbing 19 last season.

This year, he's found an even better level, scoring nine goals through just 15 games, only sitting behind players like Neymar and Kylian Mbappe in the French scoring charts – which puts him in the mix with players like Karim Benzema, Robert Lewandowski and Erling Haaland across all of Europe.

Nicknamed the 'Ice-Man' for his cool and calm demeanour, Davies is often the ice to Alphonso Davies's fire, profiting from the attention that his counterpart often attracts. As a result, David has scored 22 goals and added 13 assists in just 34 games for Canada, already sitting tied as Canada's second all-time top scorer.

Knowing that his current form could soon see him swap Lille for an even bigger club, this FIFA World Cup could serve as the final act of Jonathan David's breakout party. He'll hope to score Canada's first-ever goal at a World Cup, too. 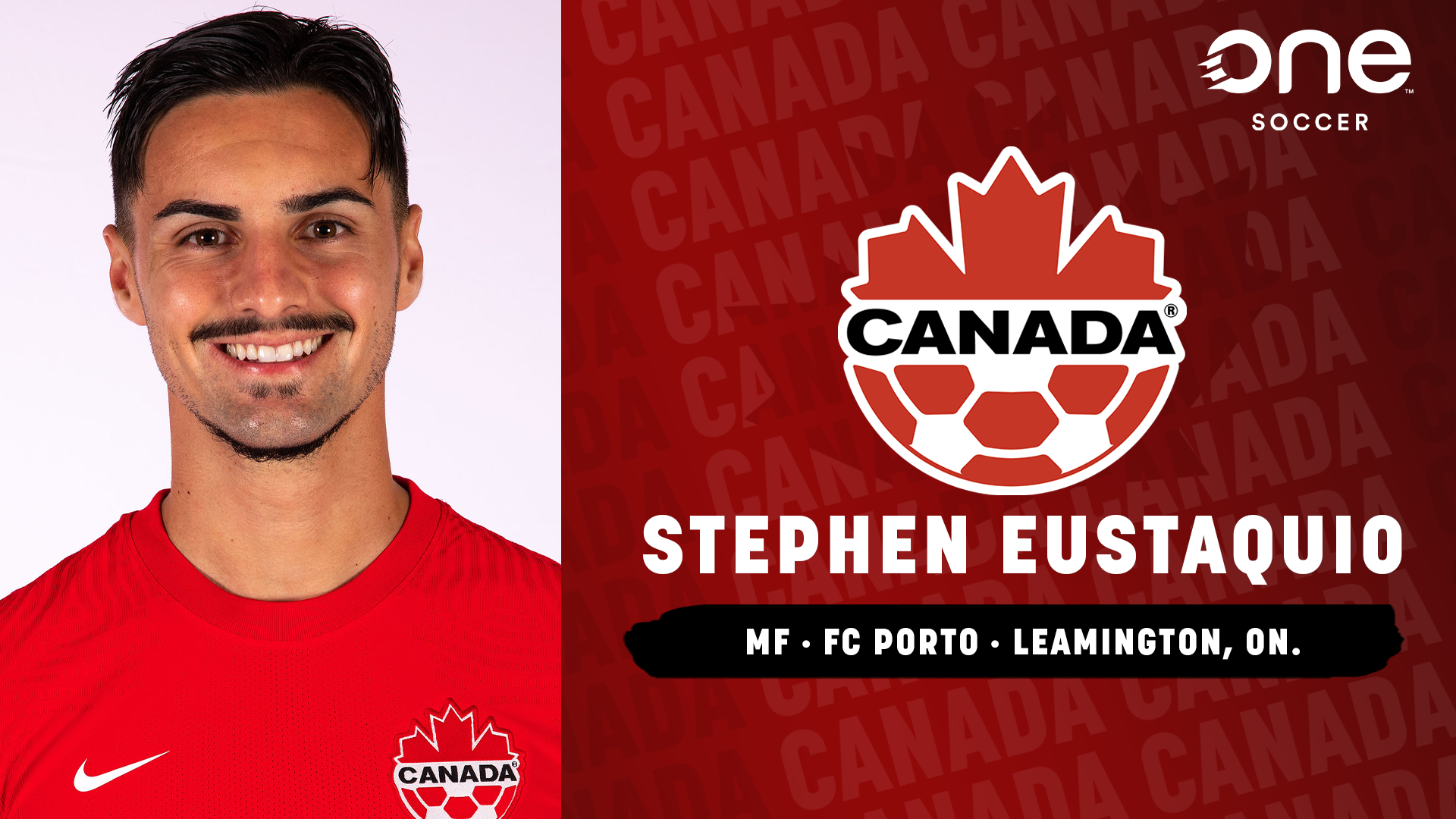 Stephen Eustáquio comes into the FIFA World Cup as Canada's most in-form player, as he's enjoyed quite an incredible season so far in Portugal with his team, FC Porto.

Eustáquio went from bench player to key starter this season, becoming a genuine difference-maker just a few years after badly hurting his knee and facing a lot of adversity to come back to top fitness and form.

Now, Eustáquio has become a genuine force in the middle of the field, showing the sort of strong defensive ability that made him a hot commodity, but also displaying huge growth in his offensive game. He has five goals and five assists in 19 games this season, helping Porto both push up the league table and into the knockouts of the UEFA Champions League – a World Cup-style tournament of Europe's best club teams.

How important will Stephen Eustaquio's red-hot FC Porto form be for the #CanMNT? 🔥

All this is great news for Canada. A Portuguese dual-national, Eustáquio ended up choosing to play for Canada instead of Portugal shortly after his knee injury, a bold move considering that no one had any idea how that might affect his career. Turns out, it'd be a shrewd bet, as he then grew into an arguable MVP for Canada during World Cup Qualifying, playing a lot of heavy minutes in Canada's midfield.

Eustáquio being at his best this World Cup will improve our chances of winning, especially as Canada taks on world-class midfielders like Kevin De Bruyne of Belgium and Luka Modrić of Croatia in the group stage.

Slowly starting to gather steam around Europe with his hot start, a strong performance in Qatar could also vault him into the shop window for an even bigger move. Given that he's still just 25, there's still plenty of upswing remaining in Eustáquio's future. 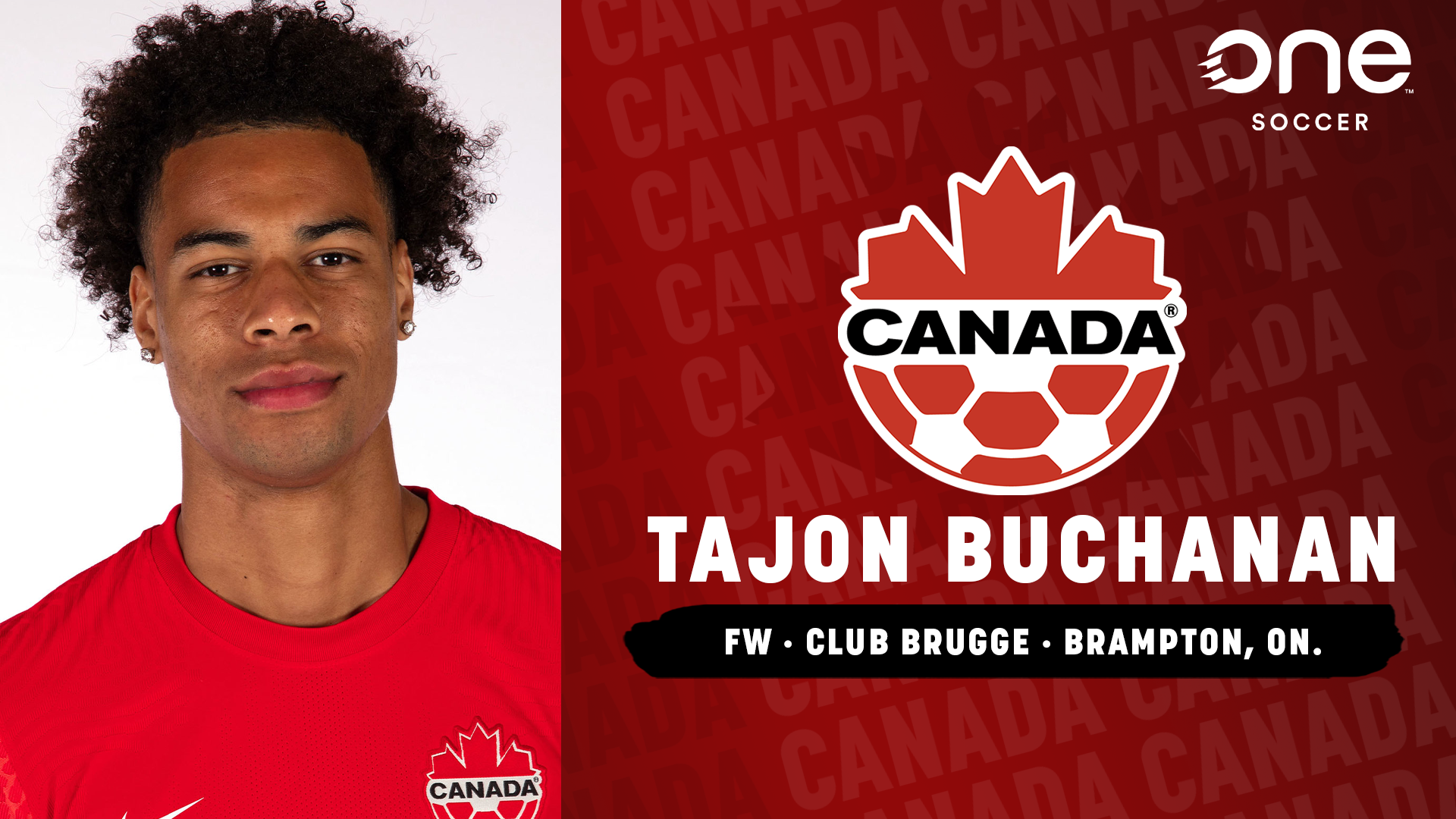 Sometimes, things move quickly in soccer. Tajon Buchanan's rise is a great example of that.

At the beginning of 2021, he was just a 22-year-old looking to build off of a strong end to his sophomore season in Major League Soccer, where he had three goals and three assists in 28 games for league finalists, the New England Revolution.

Fast forward to today, and the 23-year-old is on the cusp of a massive breakout. He's since transferred over to Belgian side Club Brugge in Brussels after a fantastic 2021 season that saw him nab nine goals and add six assists en route to a first-place finish in MLS. And he has wasted no time finding his feet with his new club, too.

Buchanan is a winger with a keen eye for attack, but he's also developed a lot of defensive quality at Club Brugge, where he's used a bit further back on the field. He has become a reliable piece for Brugge, able to defend comfortably, while using his speed to break forward whenever possible, doing well to create space and chances for his teammates.

And, his solid play has helped make Club Brugge the fairy-tale story of this year's UEFA Champions League with their surprise progression to the knockout stages, too.

As a result, Buchanan has become a key part of this Canadian team. Once he made his debut in June of 2021, there was no looking back for him, as he quickly proved his ability as a key player. He has four goals and six assists in 25 games for Canada, but most of his goals are of the 'clutch' variety – big goals in big moments, right when his team needs it most.

Though he's still young, one thing's for sure - Buchanan will relish this occasion. He is a player who has always seemed to thrive in the biggest games, so he'll want to prove to the world why he is a rising young player to keep an eye on going forward, one that Brugge may struggle to hold onto come the next transfer window. 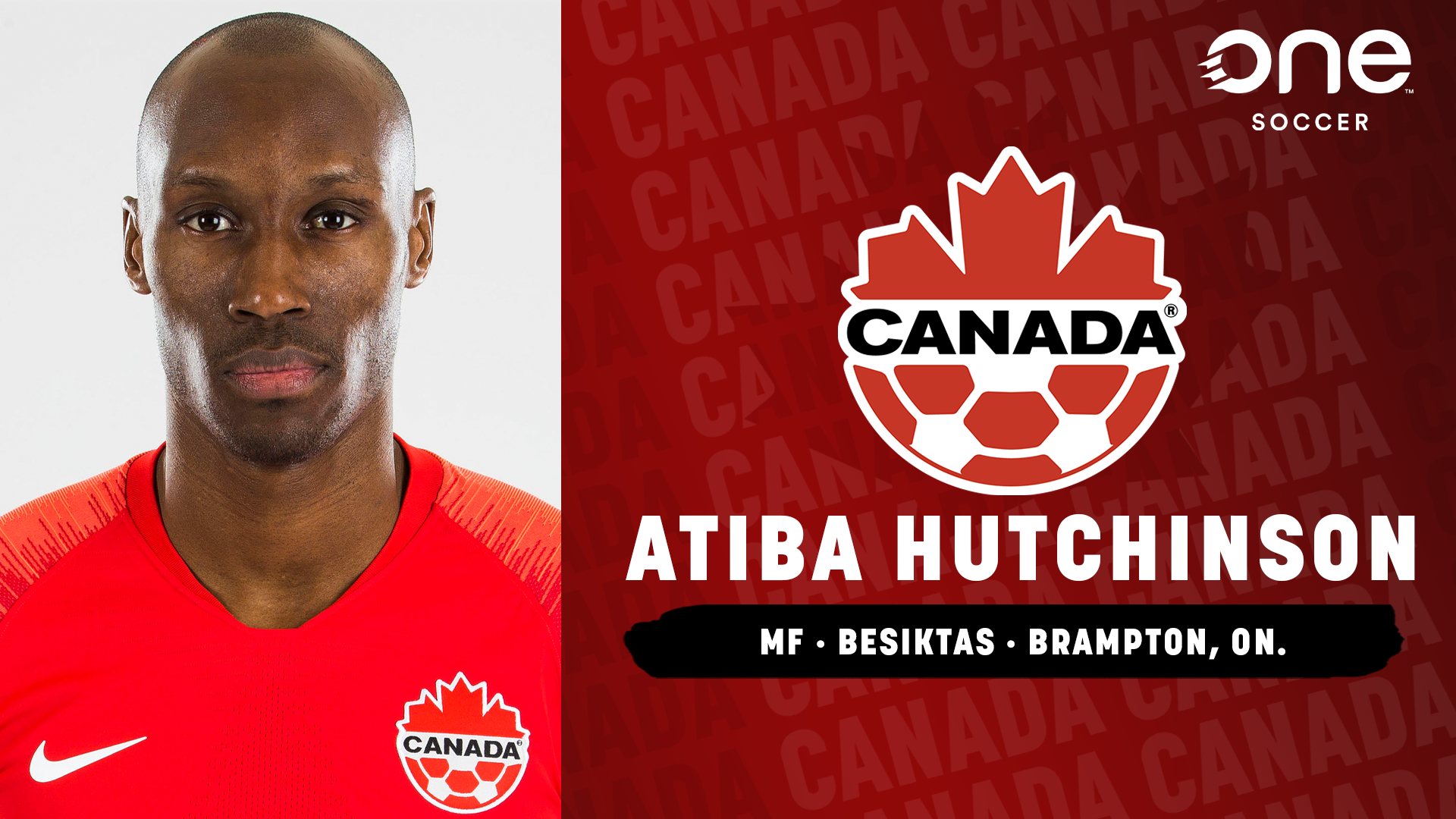 For all of the talk of young, up-and-coming stars on this Canadian squad, it's important to note that none of them would be at the World Cup without the help and experience of some key veterans – none more important than Atiba Hutchinson.

At 39 years old, Hutchinson is one of the oldest players to ever make his World Cup debut. To say he's earned this is an understatement.

Having first played for Canada all the way back in 2003, it's been a long 19-year journey for Hutchinson to get to this point, which included four failed World Cup cycles – but that just add to the sweetness of the moment he finally takes to the field in Qatar.

He had all but retired after the 2018 cycle, fed up with the years of commitment he'd given to Canada going without much reward. But new head coach John Herdman managed to convince him to return once he was hired in 2018, knowing that his young group needed a real leader.

Will Atiba Hutchinson start for the #CanMNT at the World Cup? 💪

Once he got Hutchinson to get over his initial reluctance, Canada benefited big-time. Despite his age, Hutchinson is a fantastic midfielder  for country and for his club Beşiktaş in Istanbul. In Turkey, he's nicknamed 'The Octopus' for just how far his reach extends across all channels over the field, showing how important his passing range can be for Canada.

Fittingly, Hutchinson is Canada's leader in appearances, and even more fittingly, he could make his 100th appearance at the World Cup, becoming the first men's player to hit such a mark. Having endured years of subpar Canadian teams lacking in drive and commitment, it'll be a true sight to behold when Hutchinson finally got to reach this stage with a young team that has lacked for nothing, a much-deserved reward for all his years of service to country.