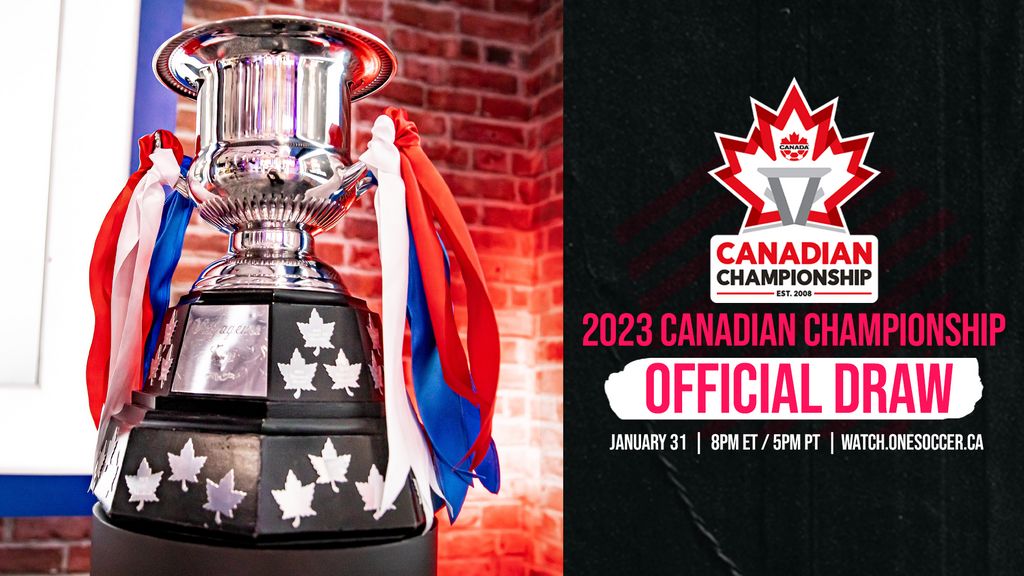 Big-game hero David Choinière opts to stay at Forge: 'So much more we can achieve' 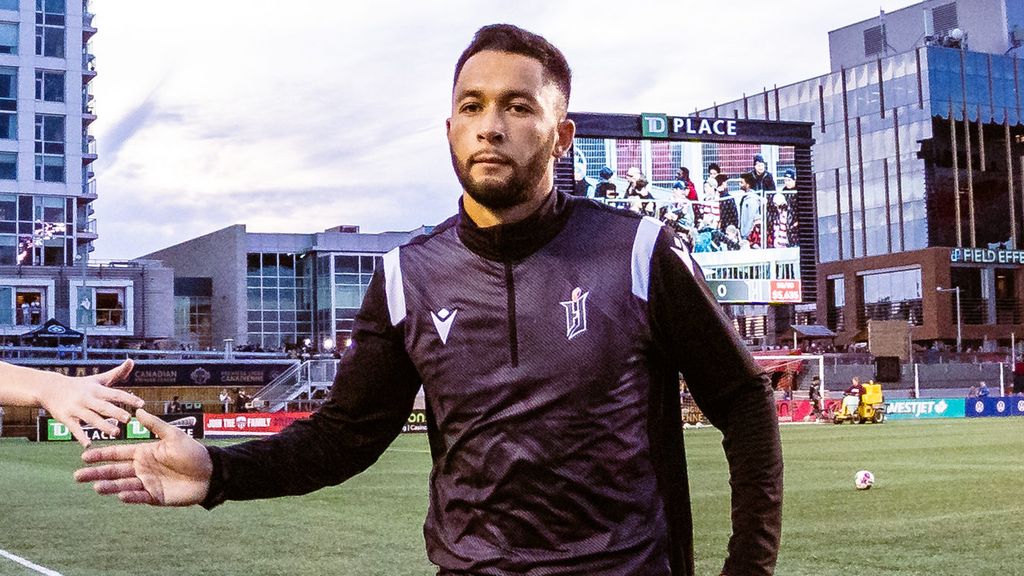 Forge FC fans may have breathed a sigh of relief this week, upon learning that one of the club’s greatest heroes will be back in orange in 2023.

David Choinière has re-signed with the Hamilton club, meaning the reigning champions have retained one of the Canadian Premier League’s top stars after perhaps his best professional season yet, at age 25.

According to Choinière himself, it wasn’t a difficult decision to stick around, even though his breakout year in the CPL certainly generated interest from other clubs. After taking some time this off-season to reflect, weighing a handful of tempting offers from both within and outside of the CPL, he quickly found he wanted to stay with the club where he’s grown into a full-time professional.

“I’ve been with Forge for the last four years and it’s been four great years,” he told CanPL.ca. “I feel like I’m improving every year and I want to keep going that path, still trying to improve my game, keep getting better.”

Over the past four seasons, he’s been consistently impactful — he’s third in club history in goals (19) and assists (12) — but what makes Choinière such a monumental figure in Forge’s brief history to date is his uncanny ability to show up on the biggest stage.

The last time he appeared on a football pitch, Choinière was doing what he does best: scoring in a knockout match. His silky goal in the 2022 CPL Final against Atlético Ottawa, to seal Forge’s third championship in four years, will go down as yet another moment of heroism from a player who has provided so many for this team.

Incredibly, of the 19 goals Choinière has scored for Forge, nine have come outside of the CPL regular season — that is, in the playoffs, the Canadian Championship, or a Concacaf competition. He’s the club’s all-time leading scorer in knockout matches, and over the years it’s rarely been a surprise when Choinière is the one who steps up when Forge need a goal.

It was he who scored the clinching goal for Forge’s first CPL title back in 2019. He won their first Concacaf League tie with a 91st-minute winner against Antigua GFC. Choinière helped push his side past Municipal Limeño at the start of the 2020 Concacaf League, and past CD FAS to kick off the 2021 tournament.

Then, of course, there’s the one Choinière says he’ll remember most fondly: His goal at the Azteca.

An excellent response by @ForgeFCHamilton vs. Cruz Azul in this #SCCL22 battle, as Choiniere scores to bring the aggregate score to 3-1

Two to go for the #CanPL side 👀

That feathered shot from outside the box was the first a CPL side had ever scored in the Concacaf Champions League, and just the third ever goal by a Canadian club at the fabled stadium in Mexico City.

Recently, whenever Choinière has scored a big goal — as he did twice in the latest CPL playoffs — he’s been asked why he seems to have such a knack for such moments. Still, though, he can’t explain it.

“I think the more stress there is, the calmer I am,” he suggested after the Final in Ottawa.

Choinière’s four years in the CPL have made him a textbook example of what the league can be for young players. He arrived at the club shortly after turning 22, having spent the previous nine years within the academy system of Major League Soccer side CF Montréal.

He arrived in Hamilton with a little trepidation — having played five MLS games the prior few years, Choinière knew he needed a professional environment that could offer him more minutes, but the CPL in its inaugural season would undoubtedly be a step down.

“First year was not what I expected,” he admitted. “Coming from MLS, I expected to be playing every game, and it didn’t go that way, but maybe it was better. I learned a lot, I matured, and I think I learned a lot from the coaching staff and the players around me, just became a better player overall and a better person.” 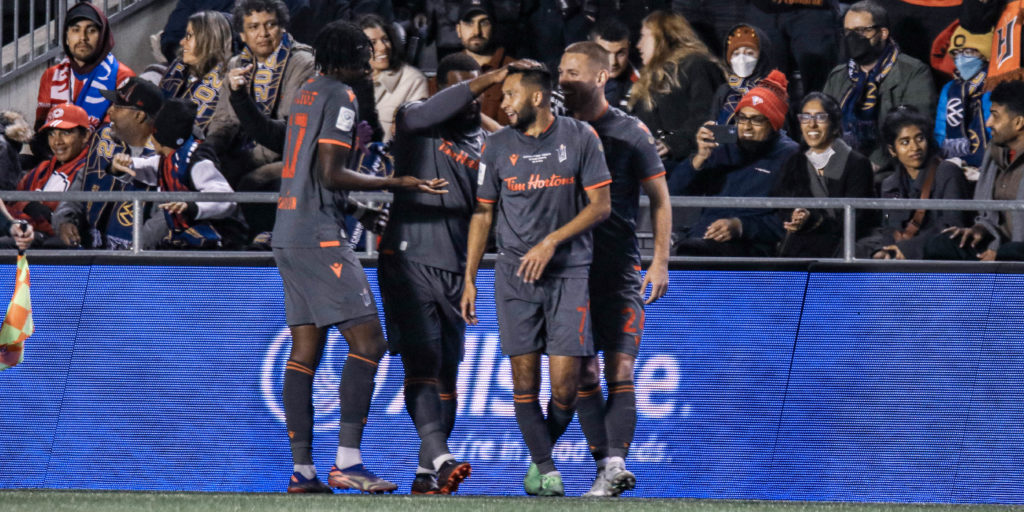 Choinière had to fight for his place in the Forge lineup more than he expected that first year — he started 13 times, and came off the bench a further 10, including in both legs of the 2019 CPL Final. Still, he eventually carved out his place, and by the end of 2022 he’d become almost undroppable in Bobby Smyrniotis’ squad, despite a wealth of other attacking options.

According to him, he’s much better off for sticking with the Forge project and working his way up to the top of the CPL.

“When I was in Montreal and didn’t play a lot, I think my ego was touched a little bit,” Choinière said. “Coming here you realize that you need to put the work in, and it’s not going to be easy to go to the next step. It’s been four interesting years and I’m looking forward to the new ones.”

Choinière is still just 25, of course, and he explained he has plenty of room yet to develop and improve as a player. After such a strong 2022 season, the hope is that he can continue to establish himself as a top attacking talent in the CPL. That said, Choinière’s ambition to move up the footballing ladder hasn’t disappeared.

Whether it’s another opportunity in MLS or elsewhere, Choinière remains confident that he’ll earn his shot at a higher level after impressing with Forge.

“The chance to go to the next step will come, if I keep going that way,” he said. “I know I will put everything possible to do it, and I’ll give myself the best chance to do it; it’s just a question of time before it happens.”

Before then, however, Choinière has his eyes on a few more big-game performances in Hamilton.

“I’m really happy to come back,” he said. “I think there’s so much more we can achieve as a team and as an individual.”